Thingvellir is the National Park on the Golden Circle and a UNESCO World Heritage site.  It is famous for it’s unusual tectonic and volcanic environment.   The continental drift between the North American and Eurasian Plates can clearly be seen in the faults which cross the region. 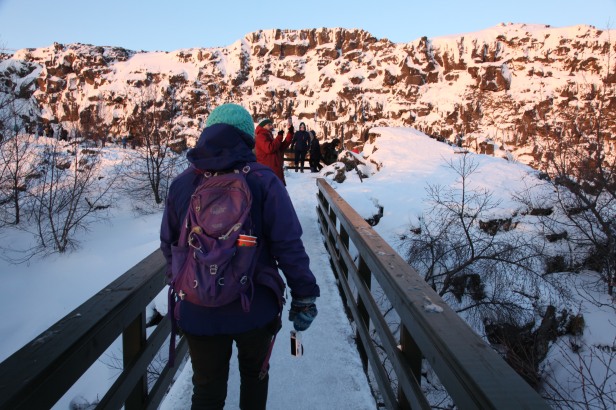 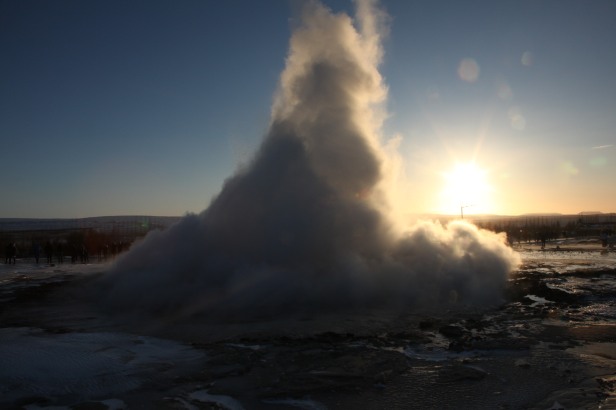 The geyser,  Strokkur, erupts every 5-10 minutes.  It is a fountain geyser and can erupt up to a height of 40 m.

Gullfoss (Golden Waterfall) is an iconic waterfall of Iceland offering a spectacular view of the forces and beauty of untouched nature. Gullfoss is part of the Golden Circle tour, located in South Iceland on the Hvítá (White) river which is fed by Iceland´s second biggest glacier, the Langjökull. The water plummets down 32 meters in two stages into a rugged canyon which walls reach up to 70 meters in height.  In winter, this photograph barely captures the majesty of this waterfall.  Go see it for real!  It’s worth it! 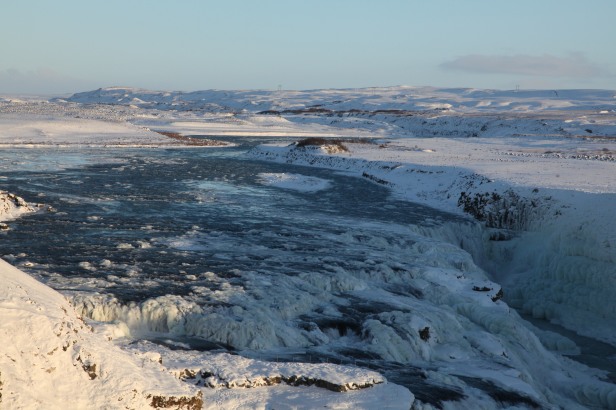 Although these animals can be pony sized, they are referred to as horses.  They are unusual animals as they have two additional gaits; they are known as five-gaited.  As a bit of a horsey person this seemed a bit odd to me as horses walk, trot, canter and gallop but the canter/gallop is counted as one gait.  The other paces are the tolt and the flying pace.